COLORS are known to have varying effects on mood, and there are particular hues that can make you feel more than one thing at a time, according to an interior designer.

That said, the color you paint a room with should be an intentional decision.

Speaking to the Sun, interior designer and founder of EverWallpaper Lily Wili has revealed which colors you should paint a room for varying mental results.

BLUE FOR PRODUCTIVITY AND APPETITE SUPPRESSION

“Blue is often said to be a really productive color because it’s associated with clarity, calm, and focus,” Wili explained.

“Blue has been shown in numerous studies to be a color that can improve productivity. People exposed to blue-colored walls often perform better at intelligence-related tasks and are more creative.

“It can also help create a peaceful and productive work environment.” 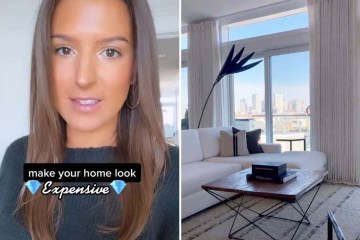 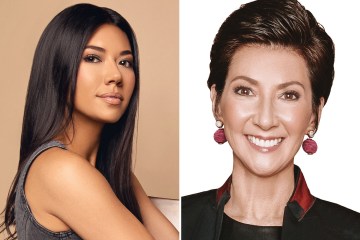 Blue doesn’t stop at helping you focus. According to Wili, blue can also play a role in how much food you eat. Apparently blue is known to be able to suppress the appetite.

“So it could be useful to keep employees focused on their work instead of being distracted by food,” Wili said.

GREEN FOR CALM AND PRODUCTIVITY

The color green is often associated with growth and new beginnings.

“[Green] is known to have a calming effect on the eyes and the mind, which can lead to increased productivity in workspaces,” said Wili.

“The cool, refreshing hue is often considered restful and has been found to help with focus and concentration. Additionally, green is said to promote creativity and new ideas.”

According to Wili, researchers believe this may be because the color is associated with nature, which provides a sense of serenity and inspiration.

YELLOW FOR ENERGY AND INCREASED PRODUCTIVITY

The color yellow is associated with happiness, optimism and pleasure and this is probably due to the fact that yellow is the brightest color in the spectrum, and therefore associated with sunshine and joy, explained the expert in interior.

She detailed, “There are a few theories as to why yellow can be beneficial for productivity.

“Some believe color is stimulating and can boost energy levels, which can lead to increased productivity.

“Others suggest that yellow is associated with satisfaction and positive emotions, which can also lead to a more productive work environment.

“Additionally, studies have shown that people are more likely to take risks when they’re in a positive mood, which could lead to more productive decision-making.”

We pay for your stories!

Do you have a story for The US Sun team?

9 hair color trends you’ll want to try in 2022, according to the pros

Maybe you’ve never colored your Hair before, but you’re looking for a way to shake things up. Maybe you want to change your look for celebrate the beginning of a new chapter of life. Or maybe you just like to stay on trend. Whatever your reason for looking at hair color trends for 2022, hair […]

Porotech, a Pioneer in MicroLED and GaN-based Semiconductor Technology, Introduces the World’s First Set of Indium Gallium Nitride (InGaN) Red, Green, and Blue MicroLED Displays to 1920 1080x resolution with at least 2 million nits of brightness (≥ 2M slow) to Touch Taiwan Event. Porotech is the first in the industry to demonstrate […]