The design of the Xiaomi 12 Ultra has leaked, suggesting that the flagship smartphone comes with three color options and resembles the Xiaomi 12S series.

It should be noted that Chinese phone maker, Xiaomi, has yet to unveil the premium or Ultra version of its flagship phone. But online rumors and leaks have already started to sprout like mushrooms.

Although most of these rumors and reports have yet to be confirmed, it gives Xiaomi fans a glimpse of what to expect from the rumored Xiaomi 12 Ultra.

(Photo: JOSEP LAGO/AFP via Getty Images)
A visitor looks at phones at Xiaomi’s stand on the opening day of the MWC (Mobile World Congress) in Barcelona on February 28, 2022.

The Xiaomi 12 Ultra, by name alone, is expected to be the most expensive flagship phone in its current lineup. It is expected to sport top-notch specs and premium design and finishes, unlike its other siblings.

After all, its predecessor, the Mi 11 Ultra, offered all that when it debuted. But the older phone is based on the Mi 11 phone. 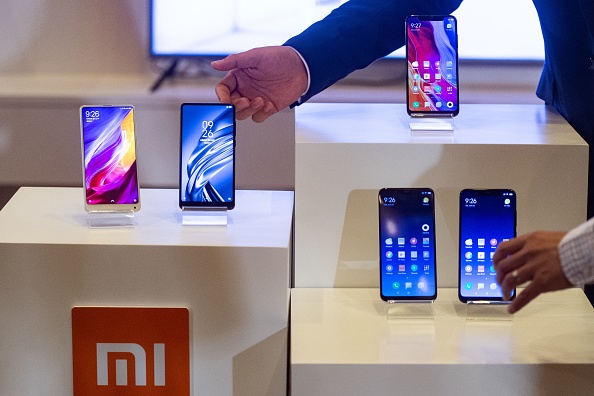 (Photo: PHILIP FONG/AFP via Getty Images)
Products from Chinese smartphone maker Xiaomi are shown during a press conference for the company’s initial public offering (IPO) in Hong Kong on June 23, 2018.


This time the 12 Ultra seems closer to the upcoming Xiaomi 12S, at least in terms of elegance.

According to a report from Notebook Check, a leaker mainly on the latest news on Huawei and Honor is now revealing the first details of the Xiaomi 12 Ultra.

The leaker, who goes by the username “RODENT950” on Twitter claims to have seen some details of the Xiaomi 12 Ultra which is not yet released.

RODENT950 suggests that Xiaomi’s high-end flagship phone lacks a red Leica logo on the back. 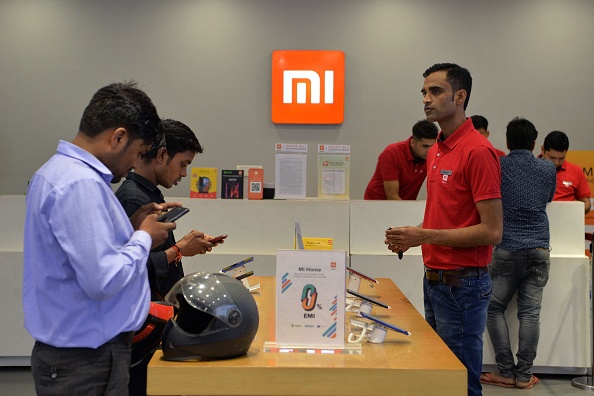 (Photo: SAJJAD HUSSAIN/AFP via Getty Images)
In this photo taken on August 20, 2019, customers inspect smartphones made by Xiaomi at a Mi store in Gurgaon.

The leak had to mention this as it goes against previous reports, saying that the Leica brand is coming to the Xiaomi phone. Another well-known leaker, Digital Chat Station, spoke about it for the first time, according to a recent report from GSM Arena.

In addition to that, the latest leak also indicates that the 12 Ultra shares a similar design with the Xiaomi 12S.

Read also : Xiaomi 12 Ultra with 200MP camera sensor for its debut – Better than Samsung and other camera phones?

Since the Xiaomi 12 Ultra is supposed to be the Chinese phone maker’s top-end offering, its color options are pretty premium.

The leak suggests it comes in three cool color options. It includes a leather version, which is very likely to sport a black or gray finish. Additionally, it can also include White Ceramic and Gold Titanium finish options.

Related article: Xiaomi 12 Ultra will be released in the third quarter of 2022 | Powered by Snapdragon 8 Gen 1 PLUS?

This article belongs to Tech Times

ⓒ 2021 TECHTIMES.com All rights reserved. Do not reproduce without permission.

Even removing the incredible world-building and storytelling (and some creepy foresight) that helped popularize the cyberpunk genre, “Akira” is a visual masterpiece. Almost every frame is created by hand with an incredible amount of detail, not in small part due to the film’s high budget. Pick up any frame and you’ll see it shine with […]

Be wonderfully colored at the second annual Color Fun Run & Walk, a fundraiser organized by the Hopewell Valley Arts Council, at Woolsey Park on Sunday, June 12 from 11 a.m. to 1 p.m. Participants of all ages can walk, run or anything in between as they watch themselves transform into a Technicolor masterpiece while […]

Kamran Nikhad, one of many voice actors to find new work with the PGM VO List, voices Azaan in the video game “Paladin”. Photo: Hi Rez Studios In the wake of the racial reckoning inspired by the death of George Floyd, Kamran Nikhad, an Iranian-American voice actor based in San Jose, noticed a lot more […]